A Boxcar Tribute to The King's 80th! 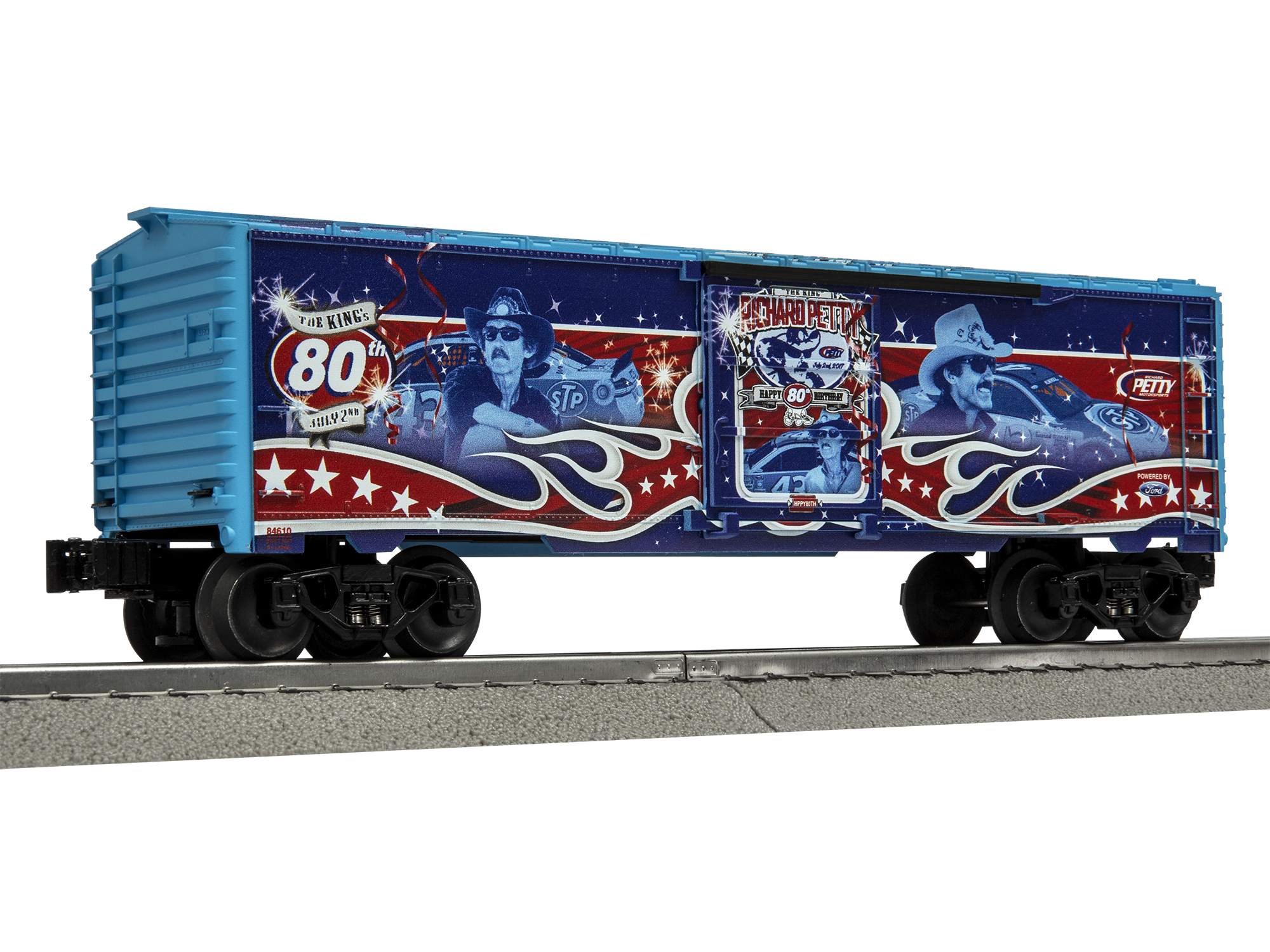 Lionel Racing isn't just the Official Die-cast of NASCAR. We're also a division of Lionel - the iconic train company that has been making model trains for 117 years.

Because of our Lionel Trains connection, we sometimes get to offer unique NASCAR collectibles that you just can't find anywhere else.

This is one of those times.

We recently announced a special tribute to NASCAR Hall of Fame driver Richard Petty. Our O-gauge "Made in the USA" boxcar celebrates “The King” Richard Petty and his 80th birthday.

This boxcar also pays tribute to The King’s legendary career. In all, Petty accumulated 200 victories before his retirement in 1992, and he will always be remembered for his record-setting, seven DAYTONA® 500 victories and seven
championship titles.

Painted in Petty blue and featuring a specially designed 80th birthday logo, this O-gauge boxcar is the perfect tribute to an American icon, and will look great on display by itself or racing along on your own model train layout.

If you're a Petty fan, this is a tribute you won't want to miss!