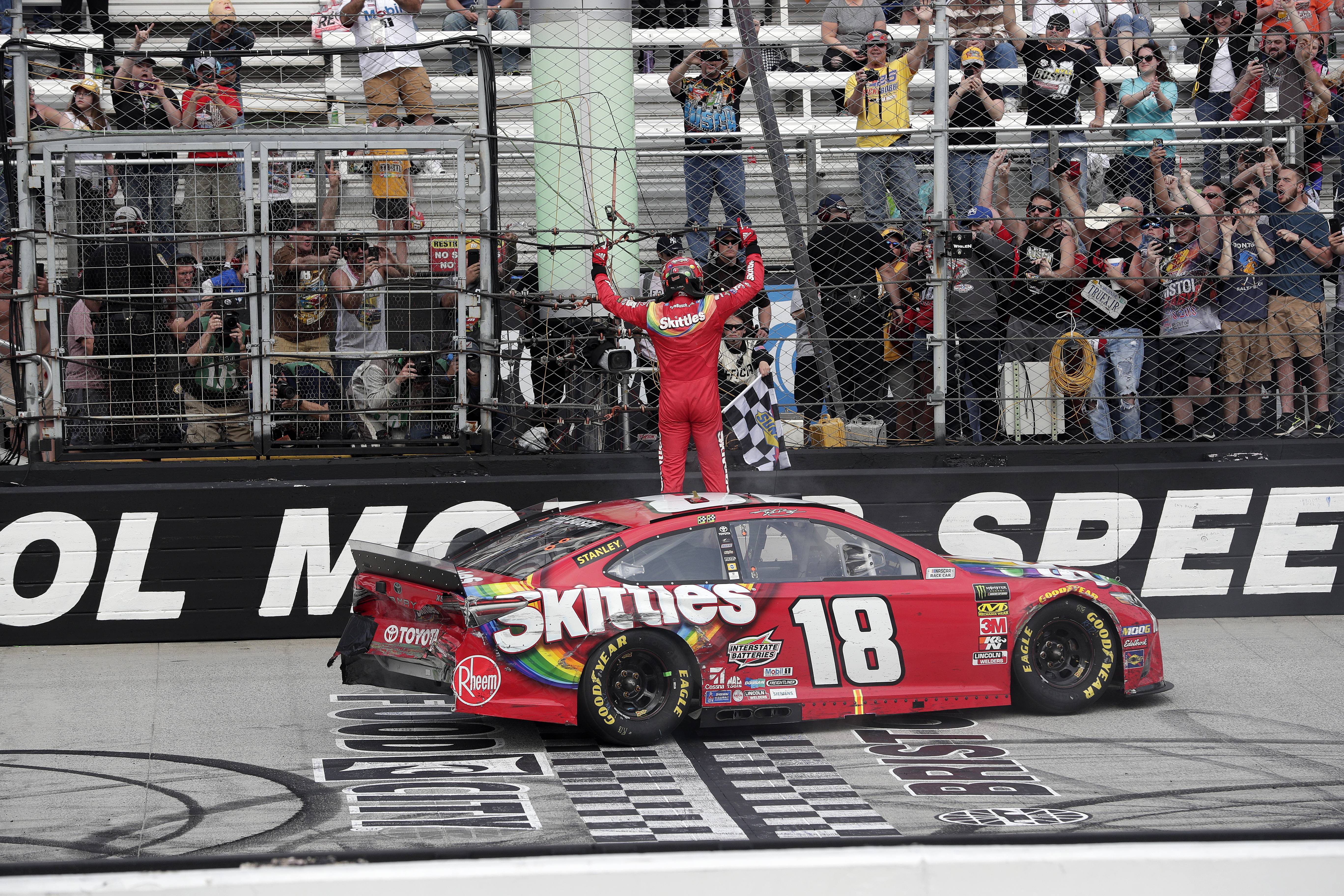 In the 2019 Food City 500, Kyle Busch added yet another victory to his Bristol Motor Speedway win total, giving him eight total wins at the historic short track – the most of any active NASCAR driver.

Busch shot to the lead on the final restart in his No. 18 Skittles Toyota Camry, holding off his nearest competitor, who happened to be his brother Kurt. After the race, Kurt told the media he was planning to wreck his brother Kyle for the trophy.

The victory was Kyle's third of the 2019 Monster Energy NASCAR Cup Series season and his 54th career win in the sport's top series. Collectors can order his Bristol Win die-cast at LionelRacing.com or through an authorized die-cast retailer.