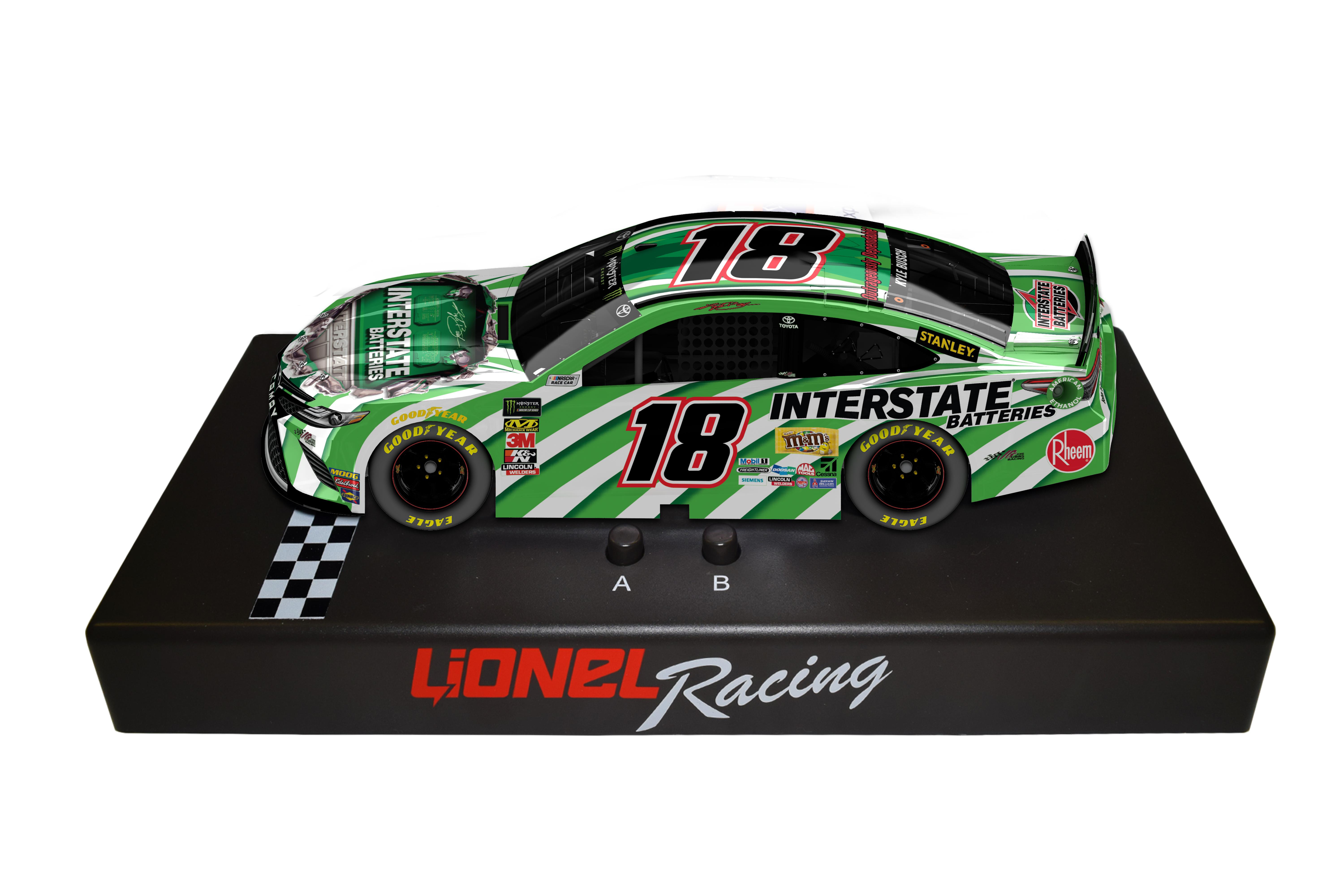 With his victory in the Auto Club 400, Kyle Busch reached a NASCAR milestone that few drivers in the sport have ever achieved.

Though Busch won all three stages, a speeding penalty early in the third segment put a victory temporarily in doubt. But the driver of the No. 18 Interstate Batteries Toyota Camry wouldn’t be deterred, wheeling his car from the 18th position to the front of the field and driving into the NASCAR history books.

Now Lionel Racing is excited to offer fans the official Race Win die-cast of Busch’s 200th win die-cast. Offered in both 1:24 and 1:64 scales, this die-cast is built to replicate Busch’s car as it looked in Victory Lane at Auto Club Speedway. What’s more, it also comes with an official Joe Gibbs Racing 200th Win Logo sticker, an official NASCAR Winner sticker and a full-color collector card.

This new collectible set not only replicates Kyle Busch’s 200th win No. 18 Interstate Batteries Toyota Camry, but also captures the excitement shared by Busch and his crew during the No. 18 team’s victory celebration at Auto Club Speedway. This two-piece set includes both a 1:24-scale Fontana Win Action Racing Collectables die-cast and Lionel Racing’s new “Audio Archive Base”. This battery-powered base is designed to display the Race Win die-cast and also contains a built-in speaker.

Press one button on the base and you’ll hear chatter from the team’s official radio feed. Press the other button, and you’ll hear a portion of Busch’s post-race interview.

You can pre-order the Audio Archive Base set and all Busch's Auto Club Race Win die-cast now at LionelRacing.com or through an authorized die-cast retailer.