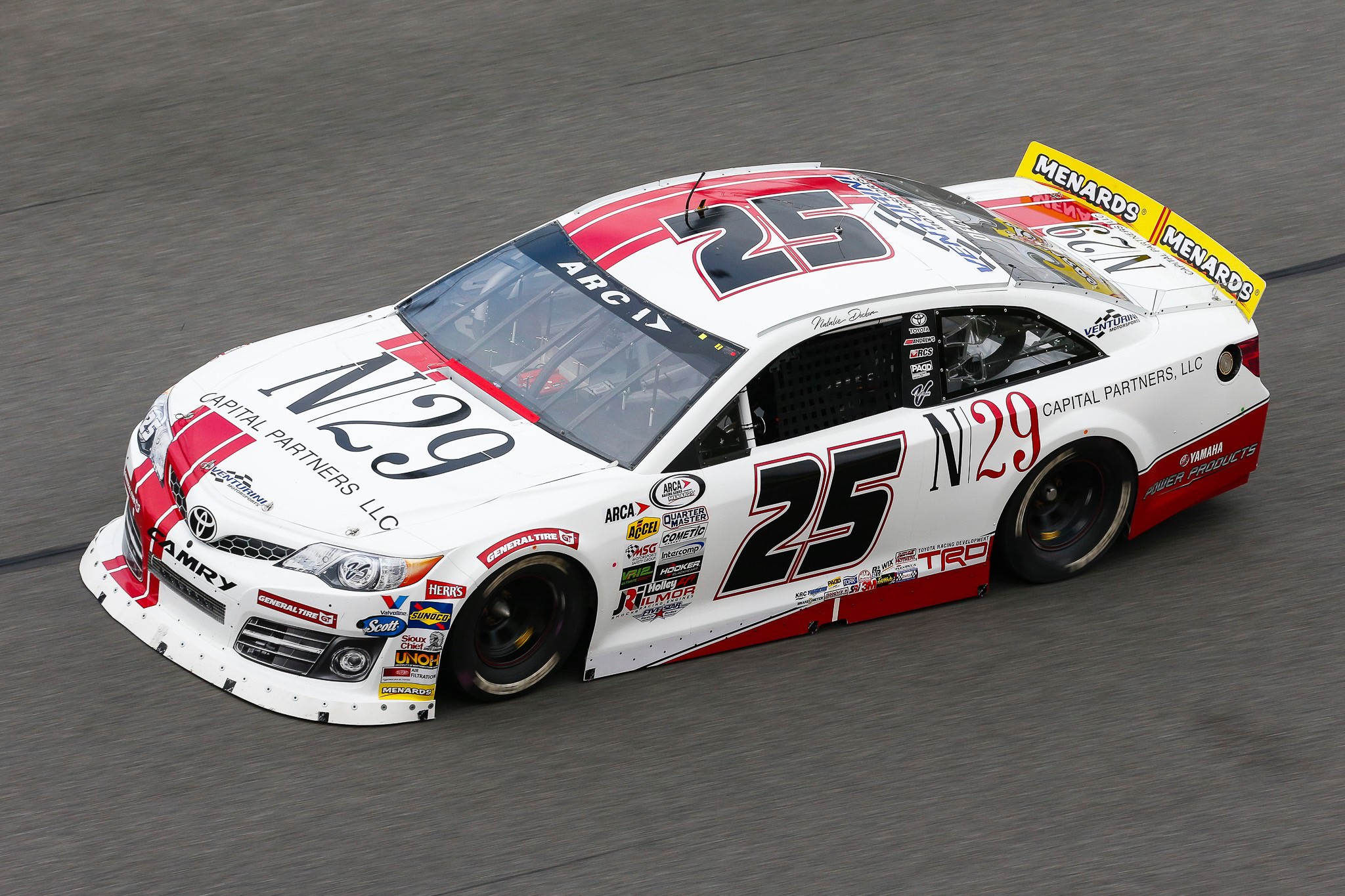 Over the years, racing series like NASCAR and ARCA have worked hard to embrace diversity with its talents in the cars and over the wall.  In this case, Venturini Motorsports proudly fields the No. 25 N29 Capital Partners Toyota Camry for 21-year-old racer Natalie Decker of Eagle River, Wis.

Decker comes from a state that has produced racers like Alan Kulwicki, Matt Kenseth, Dick Trickle, Johnny Sauter, and Ty Majeski, to name a few.  Given how passionate racers are from the Badger State, it’s no surprise racing runs deep within Decker and her family.

As one of the rookie candidates competing in the ARCA Racing Series presented by Menards, Decker’s focus is not simply on logging laps and staying out of trouble.  Rather, she wants to compete for victories and prove herself with one of the legendary teams in stock car racing.

To say the least, Decker has shown promise and potential as a stock car star, scoring the pole at Daytona along with two fifth place results.  While the season may be winding down, she looks to capitalize at places like Pocono as well as taking on places like the dirt miles in Springfield, Ill.

Like many race fans, Decker is excited to see her distinct stock car offered by Lionel Racing in 1:24 and 1:64 scales.  Before pre-ordering her No. 25 Camry with perhaps the plans of obtaining her autograph on your die-cast replica, read all about her and more as we do some “Die-Cast Talk with Natalie Decker!”

Rob Tiongson :  It’s your first full season in ARCA where you’ve scored a pair of top-five finishes at Daytona and Elko along with five top-10’s after 13 races.  What’s encouraged you so far with your races and what’s your focus in these final seven events of 2018?

Natalie Decker :  I’m so thankful to be running the ARCA series with Venturini. It’s a great series and amazing drivers. I always just focus on the next race and the next race is Berlin. It’s another short track and I love short tracks.

RT :  You’re racing with one of the most legendary stock car teams in Venturini Motorsports.  How's it been like to be one of the newest racers for this organization and experience their culture?

ND :  Venturini is an amazing team. I love racing for this team. They are great people and care about everyone.

RT :  Wisconsin seems to breed some of NASCAR’s most illustrious racers like the late Alan Kulwicki and Matt Kenseth.  For fans new to the sport, how passionate is the Midwest and Wisconsin when it comes to racing in the local and national series levels?

ND :  Wisconsin is where I grew up and I’m so happy I did. Short track racing is very big and very competitive in the Midwest. I learned so much racing all over Wisconsin and in the Midwest. And like you said, Wisconsin has some big names that raced in NASCAR.

RT :  You’ve made social media one of your primary emphasis to connect with fans.  With that in mind, has it been humbling to see your followers and fan count increase in recent years, be it on Facebook, Instagram, or Twitter?

ND :  Social media is so wonderful for so many different reasons. It’s the easiest way to connect with fans all over the world. And it’s a way to promote yourself and show your life to your fans outside of racing and it’s a way to tell your story.

RT :  During your childhood, you begged your father for a go kart.  Would you say that took some persuasion considering the risks and dangers with this sport?

ND :  My dad raced his whole life. He knew what racing was all about, and how much time and money it took to be competitive. I start asking for a go kart around age seven and he didn’t get me one until my ninth birthday.

He owns a snowmobile race track, but as far as actually racing, we sold all his stuff and thought he would be all done once he had kids. (laughs) But once he got me a go kart, it wasn’t too long until it became a big family thing as my brother and two cousins were all racing every weekend with me.

RT :  We’ve seen more women earning their opportunities in the world of racing like yourself and in the pits like Breanna O’Leary and Brehanna Daniels.  How amazing and inspirational is it to see the sport embrace diversity and show that it welcomes all to be a part of NASCAR or ARCA?

RT :  I’ve got to ask you about Lionel Racing’s offering of your No. 25 N29 Capital Partners Toyota in 1/24 and 1/64 scale.  First, did you ever imagine seeing one of your rides replicated as a die-cast car and secondly, do you plan to order one of these cars and display them at home or in your office?

ND :  I was very excited when I heard that this was happening. I have a 1:24 at my house and I love it! I’m so excited for all my fans that get to order them and have them at their house. I hope that some young kids get the 1:24 and get to play with it with all their other little race cars they have.

RT :  If there’s a song in any genre that best described you as a person and a racer, what would it be and why does it best represent you?

ND :  I don’t know if there is a song I like right now that represents me as a racer but the music I usually love listening to is oldies. (laughs)