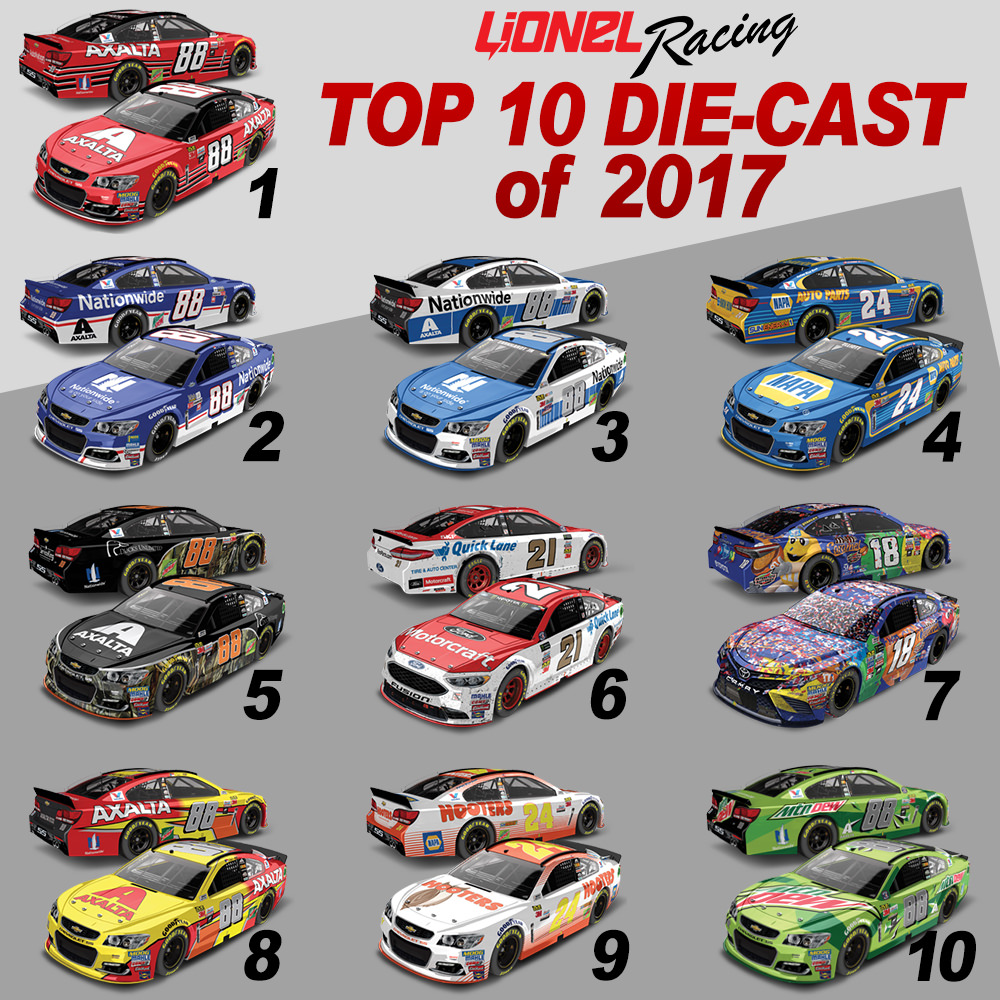 The car, which paid tribute to one of the most famous paint schemes in Earnhardt’s career, was on track at Homestead-Miami Speedway for the last race of the 2017 Monster Energy NASCAR Cup Series™ season.

Contributing to this die-cast’s historic sales was the return of QVC’s “For Race Fans Only” show, which featured an appearance by Earnhardt, the official unveil of the Axalta Last Ride Chevrolet SS, and the first chance for fans to pre-order the die-cast.

The demand for this car has been simply astounding,” said Lionel Racing President Howard Hitchcock. “The fan response to this die-cast is a true measure of how much Earnhardt has meant to both NASCAR fans and serious die-cast collectors.”

In addition to clinching the top spot, Earnhardt owned five more spots in the top 10 with his Nationwide Darlington car, his standard Nationwide car, his Axalta/Ducks Unlimited paint scheme, his standard Axalta car, and his Mountain Dew/Talladega Raced die-cast making the cut.

Ryan Blaney made the top-10 list for the first time this year, with his Motorcraft/Pocono Win car coming in sixth in annual sales. Kyle Busch’s M&M’S Caramel/Bristol Win die-cast secured spot number seven and Chase Elliott continues to be a strong seller this year, with two of his cars making the top 10.