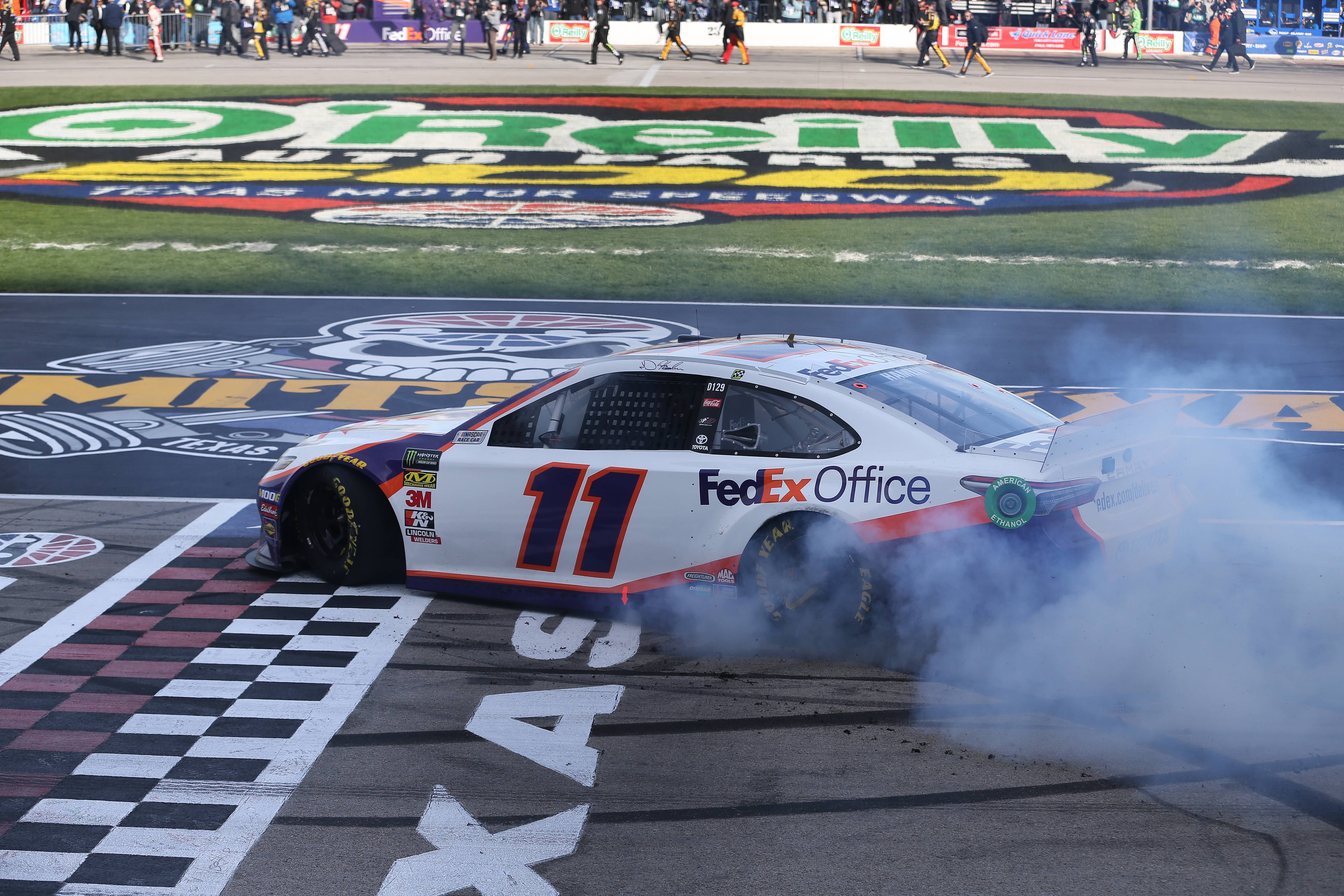 After his teammate and race leader Kyle Busch slowed down and then brushed the wall, Hamlin took the lead and kept it, giving the Joe Gibbs Racing driver his second victory of the 2019 Monster Energy NASCAR Cup Series season.

The win was also the 33rd in Hamlin’s Cup Series career and his third at the Lone Star State track.

Now Lionel Racing presents fans with the Official Texas Win die-cast of Hamlin’s No. 11 FedEx Office Toyota Camry. Each 1:24-scale die-cast is produced with all the race damage and confetti seen on his Joe Gibbs Racing Toyota in Victory Lane.