Harvick Puts a Wheel On Hamlin For the Win 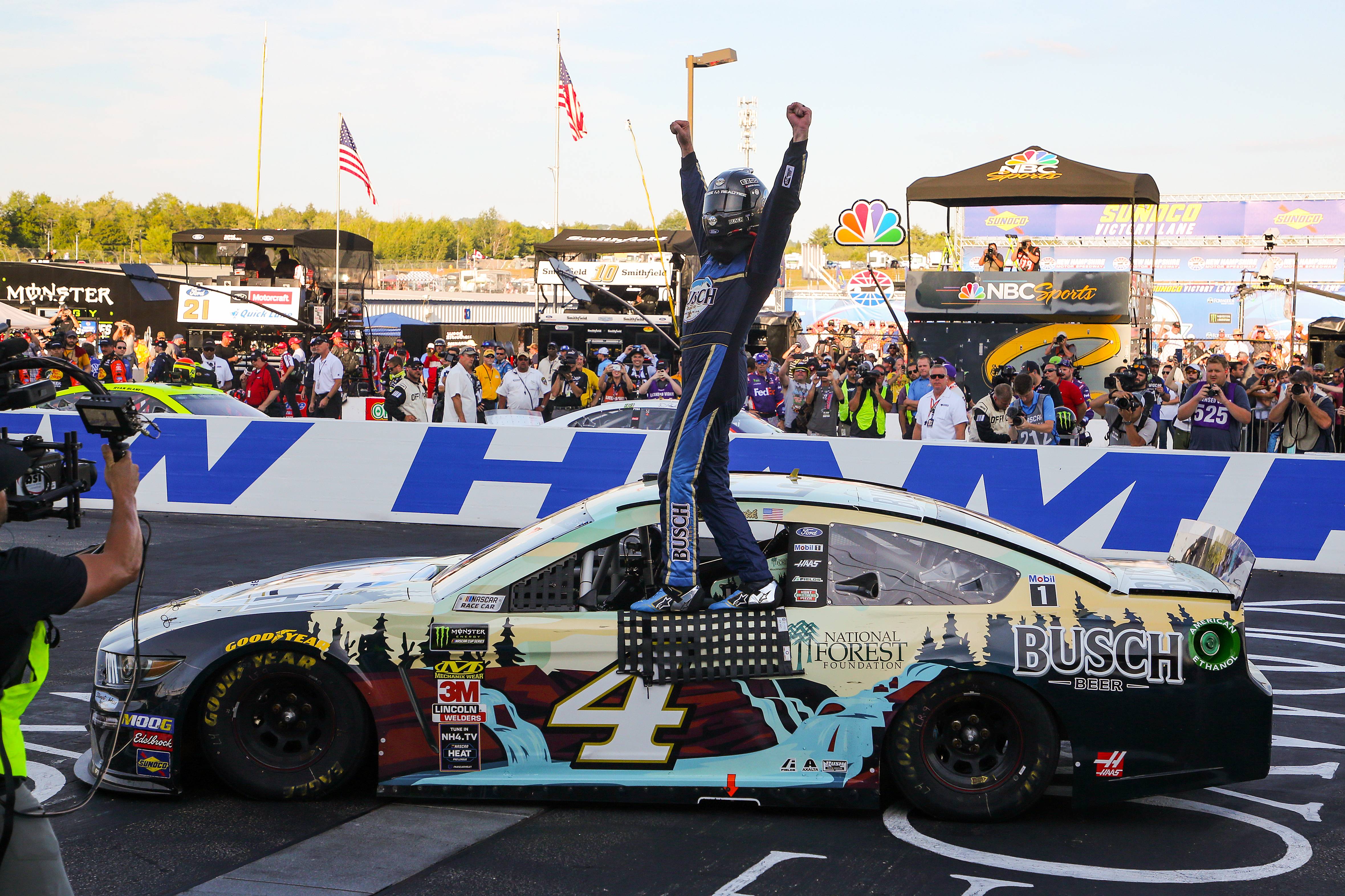 After staying out on the last caution to gain track position, Harvick “put a wheel on” Denny Hamlin on the final lap to clinch the victory.

“I really didn’t want to see that traffic there at the end,” Harvick said. “It made my car tight when (Hamlin) got to me. He tried to move me out of the way down there and I knew that was coming, as close as he was. So I just stood on the brakes — half-throttle down the back straightaway. I was like, ‘You’re not getting under me again,’ and he drove to the outside of me and I waited until he got to the outside of me and put a wheel on him.”

Harvick's victory secured his team a spot in the 2019 NASCAR Playoffs.

Now fans can order the New Hampshire Win version of Harvick’s No. 4 Busch Beer/National Forest Foundation Ford Mustang die-cast from Lionel Racing. It's being offered in 1:24 scale in both ELITE and ARC models.