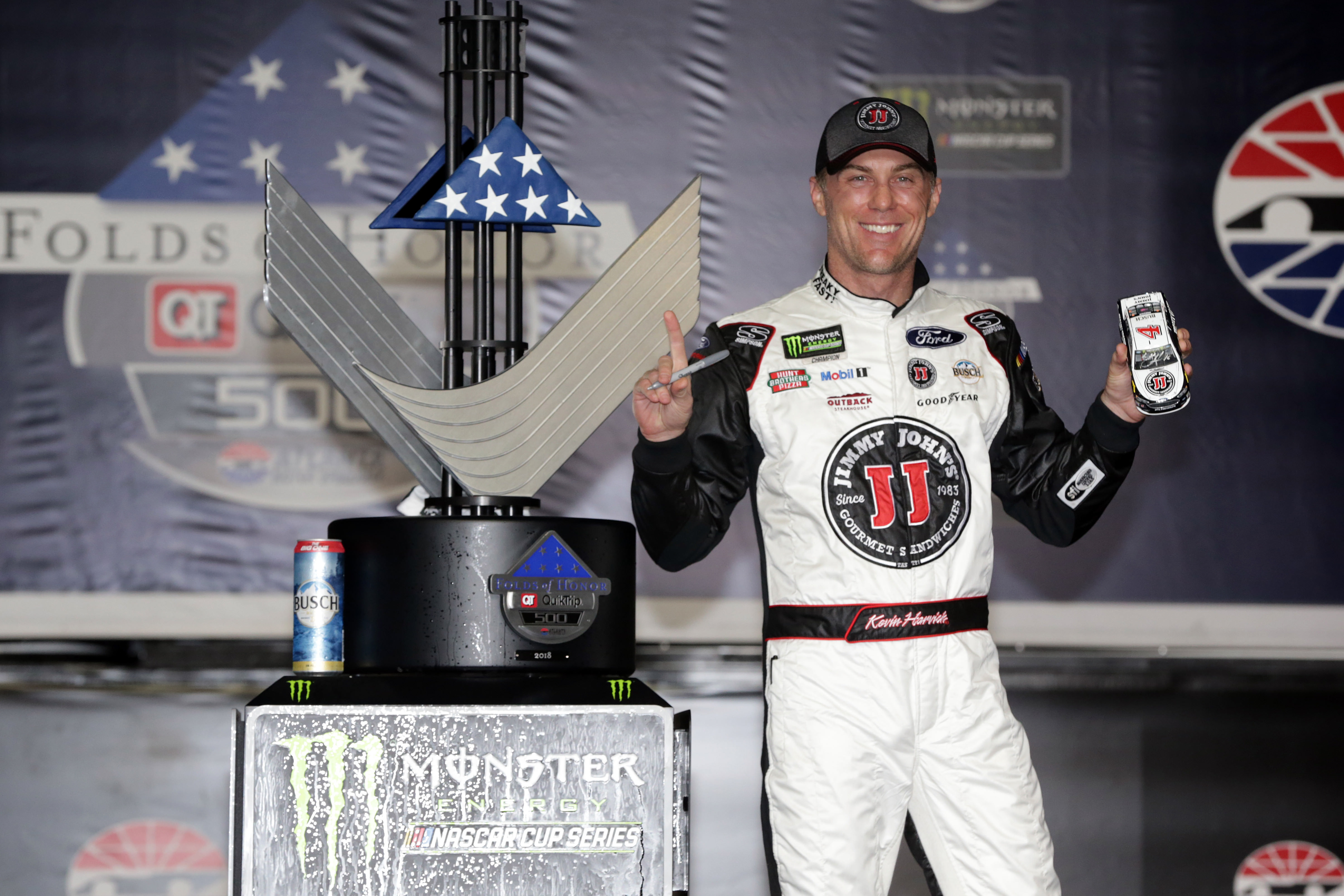 Despite a stubborn rainstorm that delayed the start of the 59th running of the Folds of Honor QuikTrip 500 at Atlanta Motor Speedway, the dominant effort by Kevin Harvick and his No. 4 team was virtually unstoppable.

In the second race of the Monster Energy NASCAR Cup Series season, Harvick was not to be denied from scoring his second career win at the 1.54-mile speedway.  Overcoming a less than perfect pit stop in the early going, the pride of Bakersfield, Calif. won the first stage.  After placing fifth in the second stage, Harvick took the lead from Joey Logano on lap 301 and never looked back.

“Today was very satisfying just for the fact that we were able to overcome so much,” Harvick said.  “That in my mind is very rewarding for everybody on the team, to make a comeback of some mistakes and make the car better and then make a great pit call to get our track position back.”

The 2014 Cup champion staved off valiant challenges from Stewart-Haas Racing teammates Clint Bowyer and Kurt Busch and fellow Ford Racing comrade Brad Keselowski.  On this day, not even the rain could derail a nearly flawless performance for the 42-year-old veteran.

Nevertheless, the 2014 Cup champion was pleased that Mother Nature cooperated, assisting crews with preparing for the annual West Coast Swing.

“I didn't have any idea that we would even have a chance of running this race today,” Harvick observed.  “So to get the race in, it'll make it a lot better on the guys getting out west and take some pressure off of that because it's a pretty hectic time of travel and different things like that.”

While the checkered flag has flown at Atlanta, Lionel Racing is offering Harvick fans and NASCAR enthusiasts with the opportunity to pre-order the unmistakable No. 4 Jimmy John’s Ford Fusion in four options!  Although it isn’t possible to obtain Harvick’s actual race-winning car, a detailed 1/24 Action Racing Collectables (ARC) Collector’s model will be in the offing at an MSRP of $54.99.

This ARC model will feature an opening hood, closed trunk, posable wheels, die-cast body, opening roof flaps, and painted, plastic chassis, along with the detailed battle scars that came with winning at Atlanta.

The ELITE model comes with an opening hood and trunk, poseable Goodyear tires, fully die-cast body and chassis, upgraded engine details, and a detailed chassis that could pass a die-cast hobbyist’s inspection!

Don’t miss your chance to pre-order a replica of Harvick’s dominant Ford Fusion by racing over to LionelRacing.com or by calling 1-800-952-0708, where a call center representative will kindly assist you, Monday through Friday between 9:00 a.m. to 6:00 p.m. ET.