It's "Days of Thunder" at Darlington! 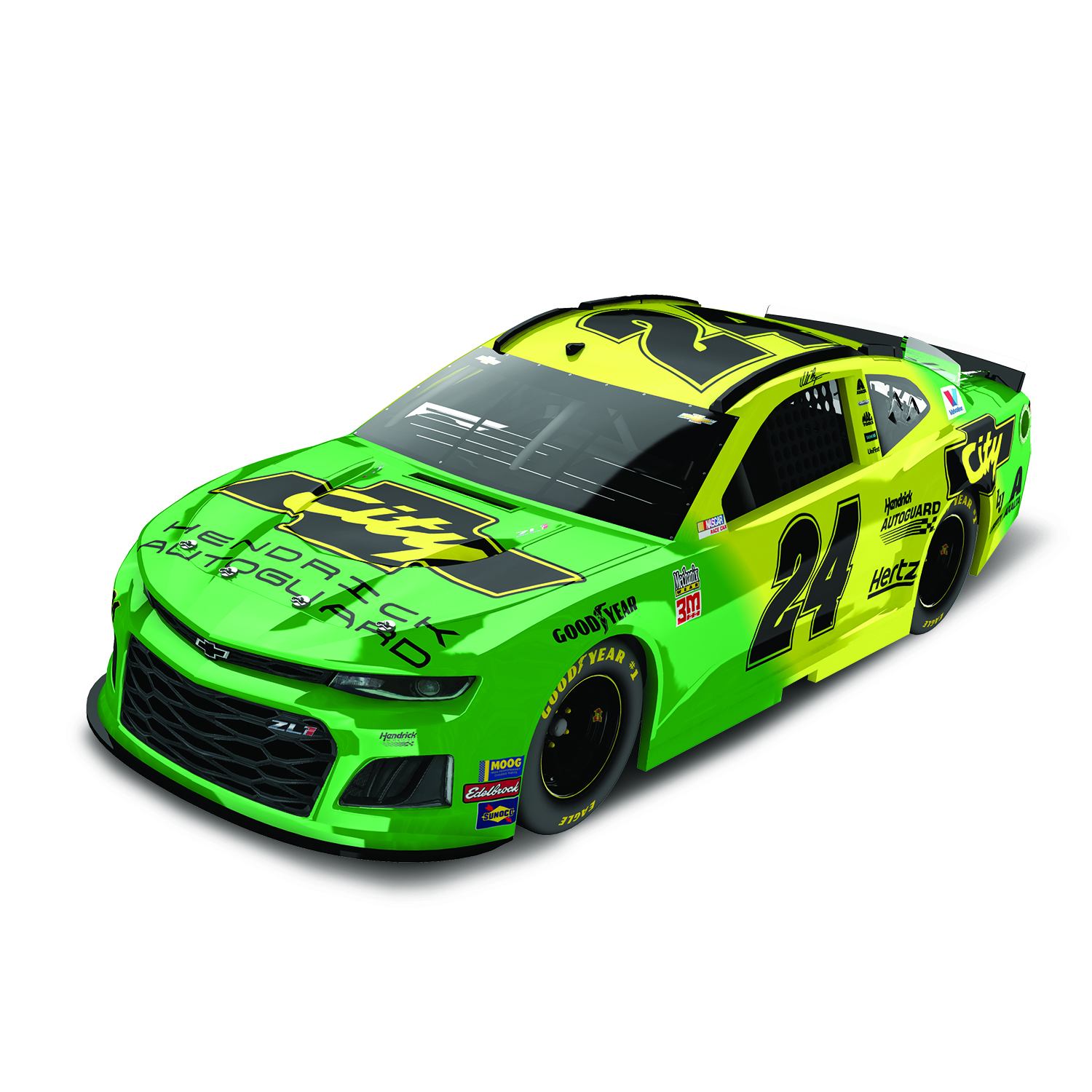 Hendrick Motorsports driver William Byron will be droppin’ the hammer and taking it back to City Chevrolet and "Days of Thunder" when the Bojangles’ Southern 500 roars to life at Darlington Raceway. For the Official Throwback Weekend of NASCAR, Byron’s No. 24 Chevrolet Camaro ZL1 will feature a neon Hendrick Autoguard paint scheme that will remind fans of a time when rubbin’ was racin’.

The throwback paint scheme is especially fitting for the HMS driver as without Hendrick Motorsports, the movie “Days of Thunder” may never have been made. After Rick Hendrick was introduced to Academy Award winner and auto racing enthusiast Paul Newman at a sports car event, Newman introduced the team owner to a young actor named Tom Cruise. Hendrick and Cruise quickly developed a friendship.

Later that year, Cruise and Newman joined Hendrick for a test session at historic Daytona International Speedway. While standing on pit road, Cruise pitched the idea for developing a NASCAR-themed film – and “Days of Thunder” was born.

The 1990 box office hit drew heavy inspiration from Hendrick and his operation. Randy Quaid’s character, car dealer Tim Daland, was inspired by Hendrick. The relationship between characters Cole Trickle (Cruise) and Harry Hogge (Robert Duvall) was inspired by the real-life pairing of Hendrick Motorsports driver Tim Richmond and crew chief Harry Hyde. Hendrick’s flagship City Chevrolet dealership was featured as a sponsor in the movie, and numerous scenes were inspired by true events. The feud between Trickle and nemesis Rowdy Burns was loosely based on the 1980s rivalry between the legendary Dale Earnhardt and Hendrick Motorsports driver Geoff Bodine.

This Darlington die-cast is one that fans won't want to miss and it's available for pre-order now from LionelRacing.com or your favorite die-cast dealer.