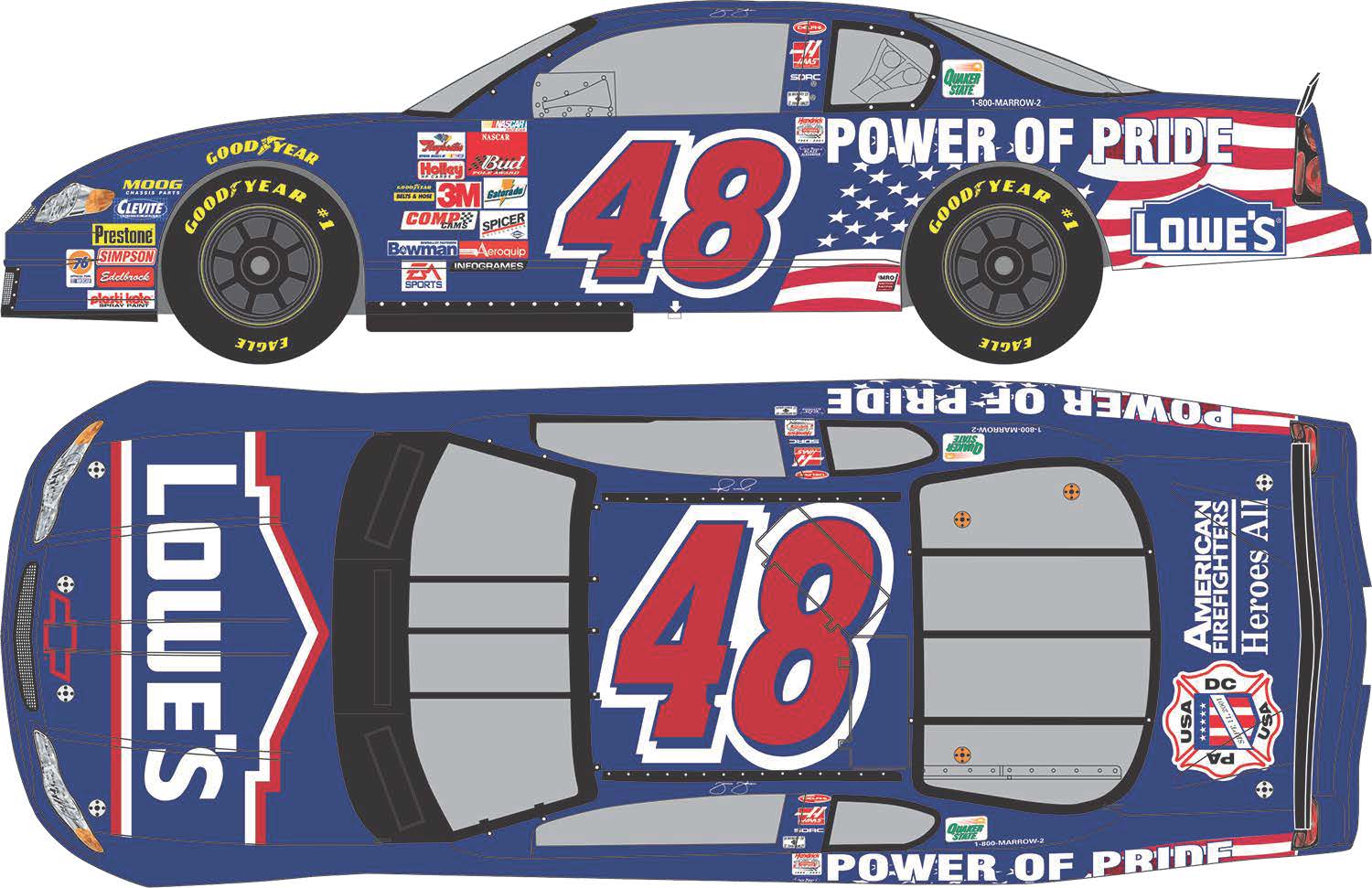 It's hard to believe that the "First Start" die-cast of a seven-time champion hasn't been produced before.

On October 7, 2001, future NASCAR Hall of Fame driver Jimmie Johnson made his first start in the top series of NASCAR.

Driving the No. 48 Lowe’s/Power of Pride Chevrolet for team owner Rick Hendrick, Johnson started 15th in the UAW-GM Quality 500 at Charlotte Motor Speedway. The race was just the first step in what would become an unparalleled career in motorsports.

Lionel Racing and RCCA recently released the official die-cast of this historic ride for the first time. Johnson’s “First Start” car is available to fans as part of Lionel's NASCAR Classics line. Built with rolling Goodyear tires and an authentic livery, this die-cast celebrates an important moment in the life of this future Hall of Fame driver.

Collectors and order both the 1:24 and 1:64-scale die-cast models at LionelRacing.com or through an authorized die-cast dealer.