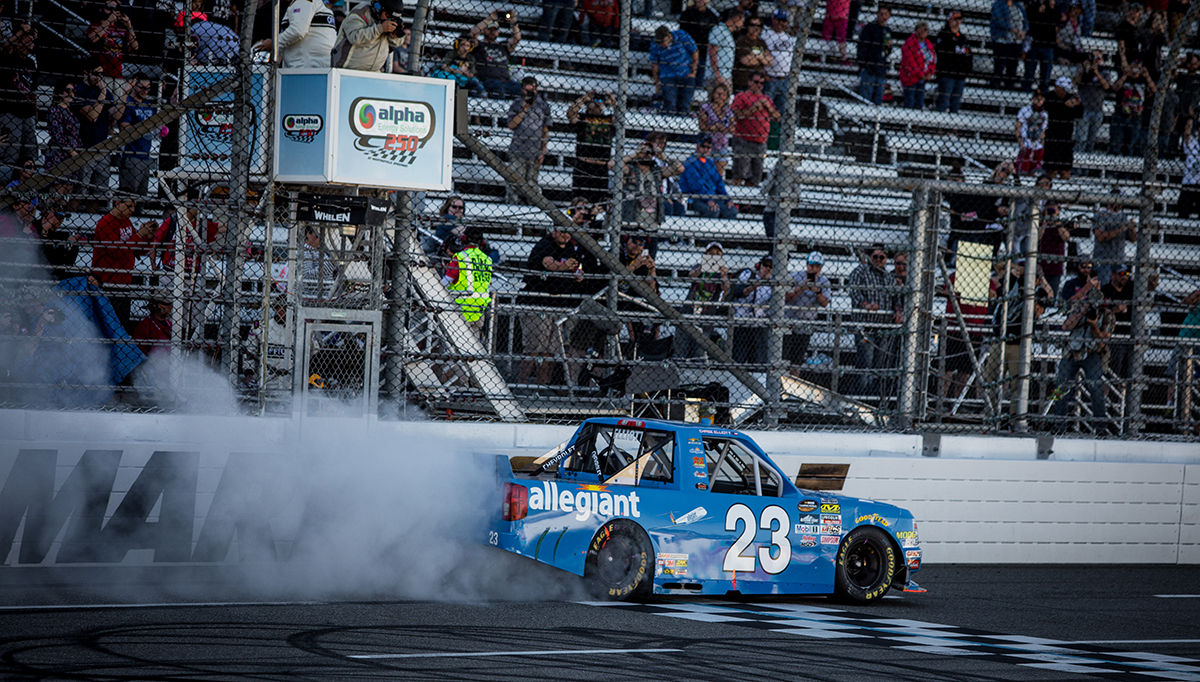 He started on the pole and he ended up in Victory Lane.

With just 12 laps to go in the Alpha Energy Solutions 250 at Martinsville Speedway, Chase Elliott held off his GMS Racing teammate and powered the No. 23 Allegiant Airlines Chevrolet Silverado to the checkered flag.The win was Elliotts second victory in the NASCAR Camping World Truck Series and his first ever at the historic Virginia short track.

Now the Action Racing Collectables die-cast that commemorates Elliotts incredible Martinsville win is available to order. Each is built on Lionel Racings all new 1:24-scale Chevrolet Silverado tool and is detailed with all the scuffs, dirt, and dings seen on Elliotts winning truck.

You dont want to miss this one.