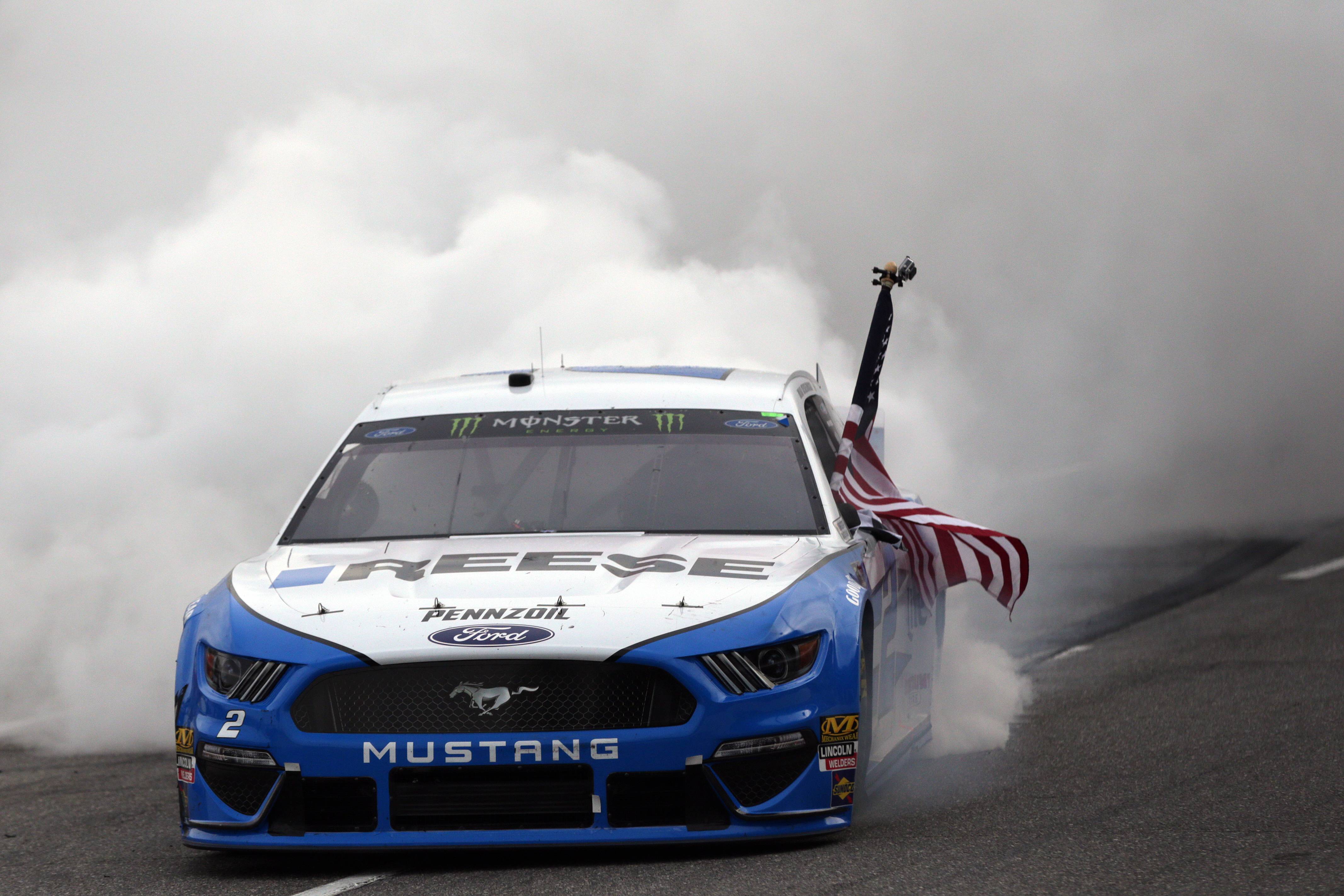 Brad Keselowski led all but 54 laps of the STP 500 at Martinsville Speedway, dominating the competition and taking home the second grandfather clock trophy of his Monster Energy NASCAR Cup Series career.

Not only was it the second win at the historic track for the Team Penske driver, it was also his second victory of the 2019 season.

While the driver of the No. 2 Ford dominated all three race stages, he did have to fight off a hard-charging Chase Elliott who led 50 laps and made a play in the race's final minutes for the lead. In the end, the No. 9 car was unable to make the pass and Keselowski celebrated with his team on the frontstretch.

Now the official Raced Win die-cast of Keselowski’s No. 2 Reese/DrawTite Ford Mustang is available to order from Lionel Racing and authorized Lionel retailers. Detailed with confetti and all the race damage seen on Keselowski’s car in Victory Lane, this collectible replica will be produced in 1:24 scale on Lionel Racing’s all-new Ford Mustang tool. It also ships with a full-color collector card and an official NASCAR Winner sticker.