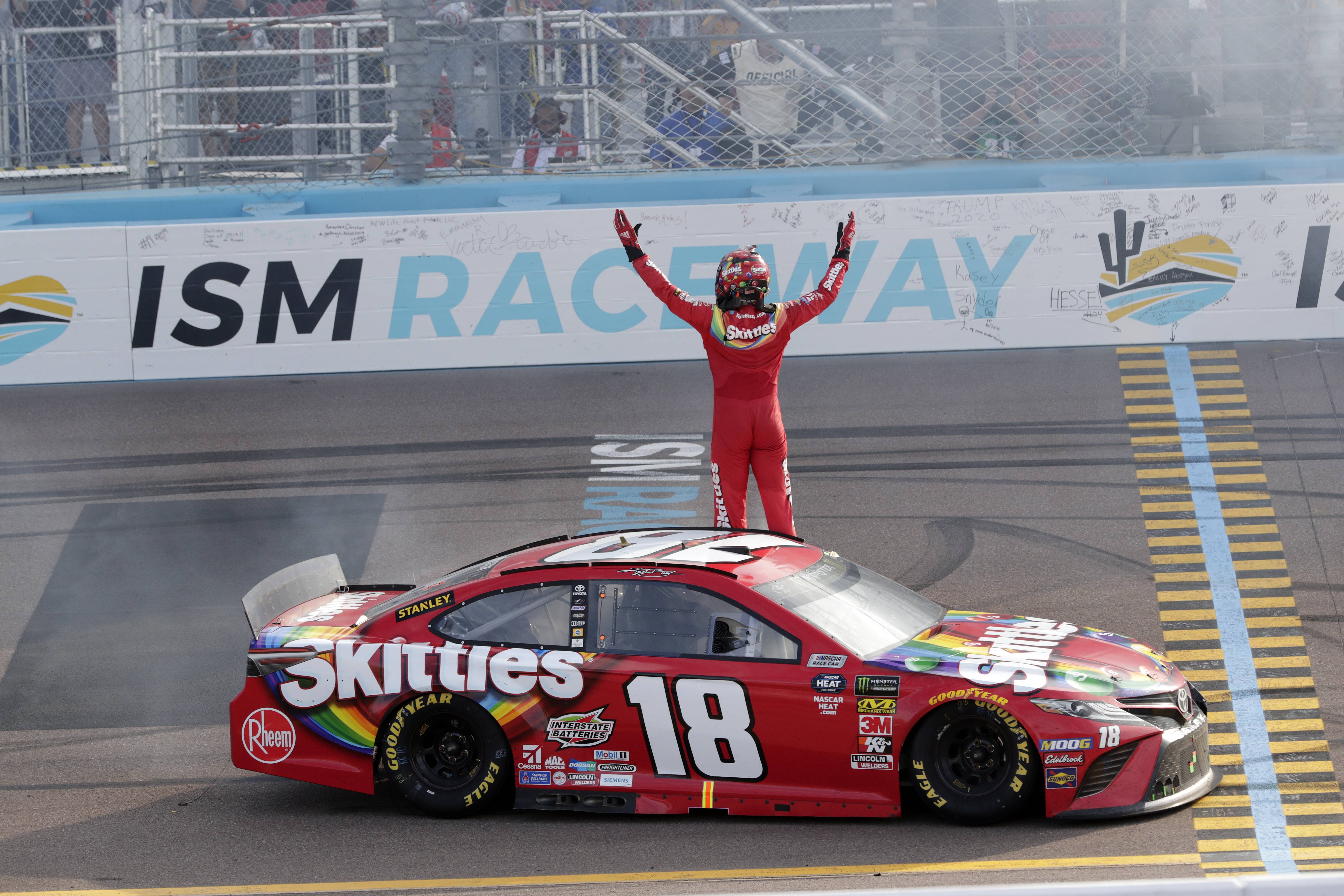 With 15 laps to go, Kyle Busch took the lead in the TicketGuardian 500 at ISM Raceway and kept it all the way to the checkered flag.

Wheeling the No. 18 Skittles Toyota Camry for Joe Gibbs Racing, Busch grabbed his first victory of the 2019 Monster Energy NASCAR® Cup Series™️ season - his third career win at the Phoenix track. The win was an especially sweet one for Busch, as it put him just one away from reaching the all-important 200 wins across NASCAR's top three national series - an incredible feat that has only yet been reached by the legendary Richard Petty.

"It's not for me to worry about. It's for everyone else to discuss and talk about and argue over and debate," Busch said after the race. "For myself and the career that I've had, I've been fortunate to be around a lot of top people and a lot of great sponsors."

Now fans can add the official Phoenix Win die-cast of Busch’s No. 18 Skittles Toyota Camry to their personal collections. Available in 1:24 scale, each is detailed with all the race markings and confetti seen on the No. 18 car in Victory Lane.