One Last "Boogity" for Darrell Waltrip 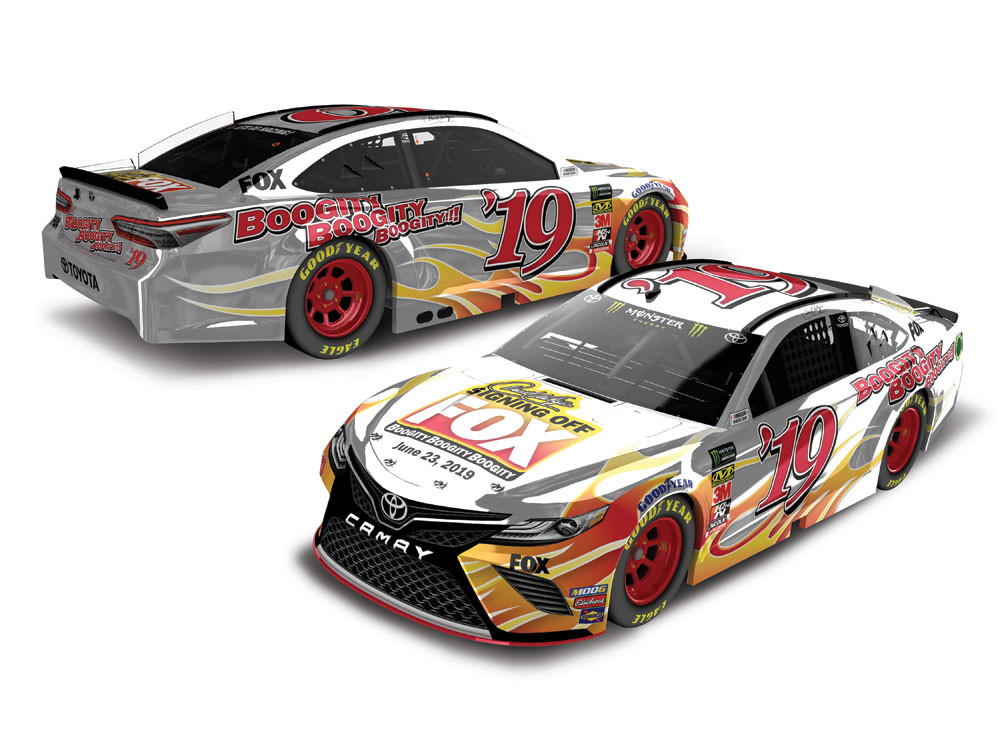 Darrell Waltrip is a three-time NASCAR Cup Series champion, a NASCAR Hall of Fame driver, and a beloved broadcasting personality whose “Boogity, Boogity, Boogity” command has become a trademark of every FOX NASCAR race broadcast.

Waltrip has been a race analyst for FOX NASCAR since 2001, but he’ll sign off for the final time after the Toyota Save Mart 350 on June 23, 2019, marking his official retirement from the broadcast booth.

Now Lionel Racing honors Waltrip’s incredible broadcasting career with a truly special die-cast. The No. 19 FOX Signing Off Toyota Camry was designed by Lionel’s die-cast artists as a way for Waltrip’s fans to commemorate his immeasurable contributions to FOX NASCAR.

Available in both 1:24 and 1:64 scales, each 1:24-scale car is produced with a white Color Chrome finish, the official “Darrell Waltrip Signing Off” logo on the hood, and “Boogity, Boogity, Boogity” on the sides and TV panel. The 1:64-scale die-cast will be painted silver.

In addition, Lionel is also offering collectors a commemorative set which includes the 1:24-scale No. ‘19 FOX Signing Off Action Racing Collectables die-cast and an Audio Archive Base that is pre-loaded with two sound bites from Waltrip himself.

All of these collectibles can be pre-ordered now at LionelRacing.com or through an authorized Lionel retailer.