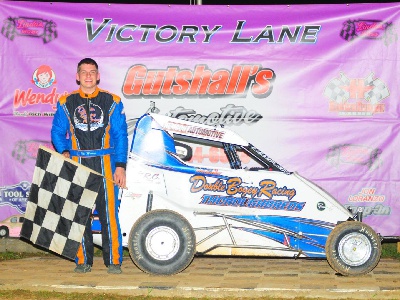 I first started collecting diecast when I was very young, I was around 3 or 4 years old and my parents and I would go out and buy the Team Caliber, Rc2, and Winner Circle 1/64's. That's ...

I first started collecting diecast when I was very young, I was around 3 or 4 years old and my parents and I would go out and buy the Team Caliber, Rc2, and Winner Circle 1/64's. That's actually how I learned how to count believe it or not we got a car for every number from 1 to 99. I kept on collecting 1/64's until I was around 12-13 I then started to buy some 1/24's, my favorite driver at the time was David Reutimann I had a lot of his cars and only have one of his cars still in my collection the Alabama crimson tide car my parents got for me for christmas one year. I then mainly switched over to 1/24's after 2012/2013 I have been an avid collector of 1/24 for 4/5 years now. After reutimann got the boot from MWR I switched drivers to Kevin Harvick, Kevin Harvick is a majority of my collection. I also enjoy rooting for Chris Buescher as some people know I'm a huge Chris Buescher fan long story short I started following him in arca, then when he made the move to xfinity I followed him there and rooted for him there I was very fortunate to have a hot pass to the weekend where he won at pocono and he was kind enough to let me get a picture with him in victory lane (I picked a good day to wear his shirt). I also enjoy rooting for Johnson, Ryan Blaney, Kyle Larson and Truex Jr. I'm an avid collector of first win cars I have around 20/25 first win cars and I'm always searching for more. I love diecast collecting because it's so much fun for me to be able to get a replica of what I watch at the track or on the tv.

Anyways please enjoy looking through my collection if you have any questions don't hesitate to ask.
Ken Murray 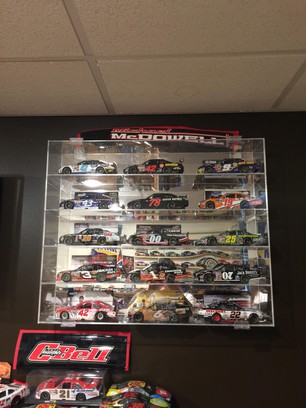 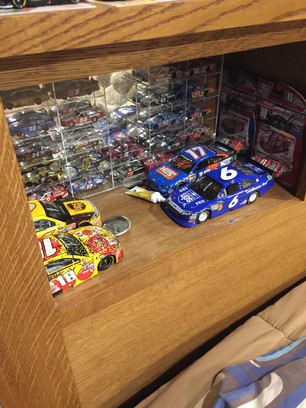 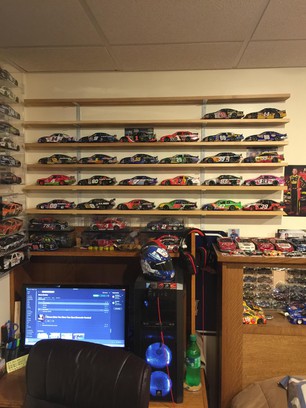 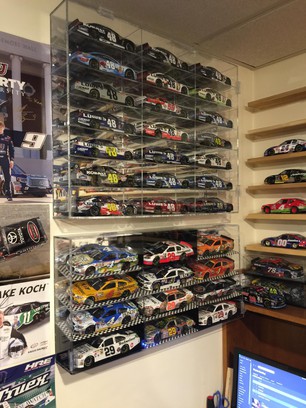 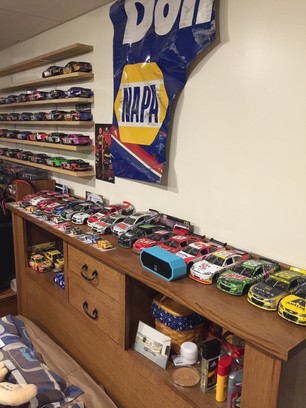 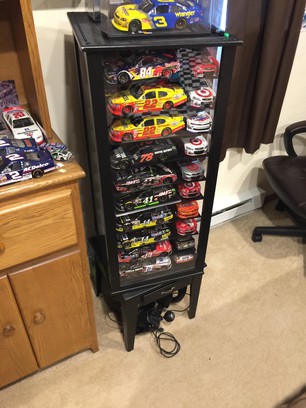 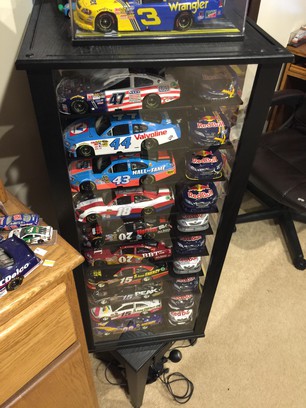 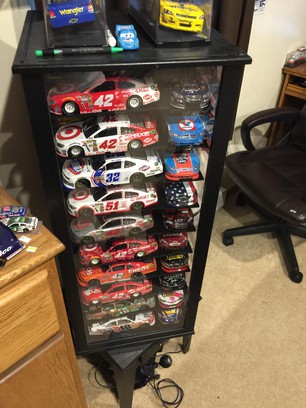 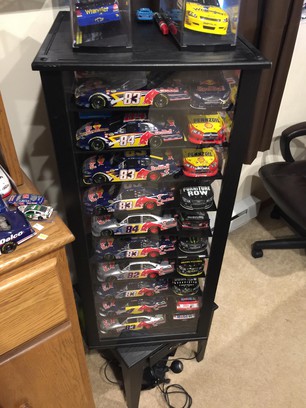 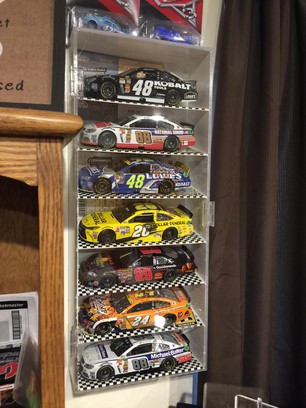 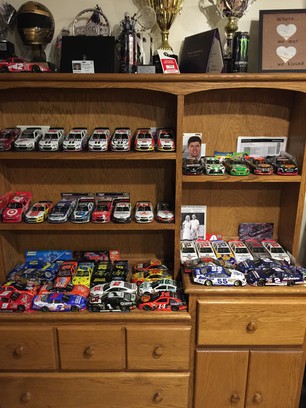 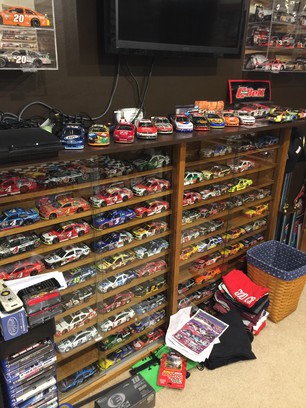 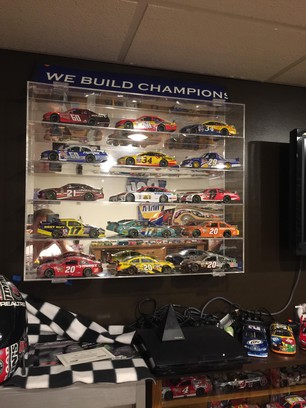 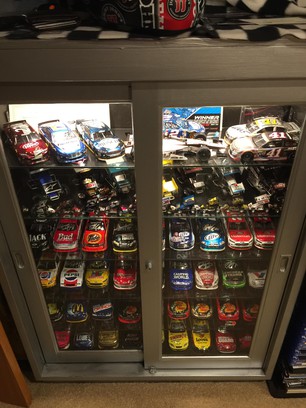 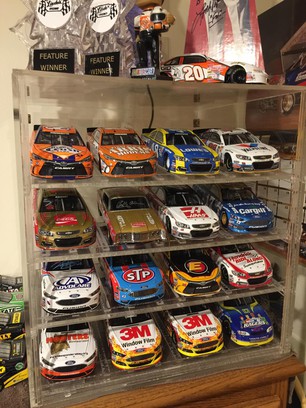 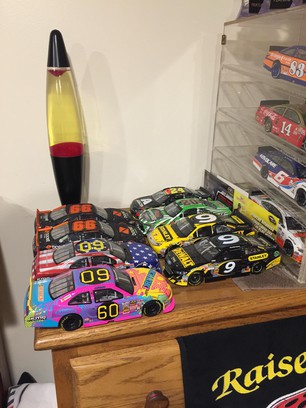