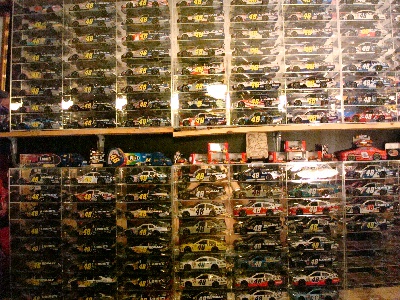 Hello,
My collecting started in 2001. A friend showed me his 2001 Jeff Gordon Lionel(Action) racing 1/24. The quality and look was amazing. I started collecting that year. I have been coll...

Hello,
My collecting started in 2001. A friend showed me his 2001 Jeff Gordon Lionel(Action) racing 1/24. The quality and look was amazing. I started collecting that year. I have been collecting ever since. I am a diehard Hendrick Motorsports fan. My favorite driver is Jeff Gordon. I started watching Nascar when Jeff was rookie. I followed his career front start to finish. I have 200 Jeff Gordon 1/24's. I have all his paint schemes, I have all his raced version win, I have autographed cars as well. I also have 135 Jimmie Johson 1/24. With him I also have all his paint schemes, I have all his paint schemes and all his raced versions as well. And yes I have autographed cars of Jimmie as well. So lets run down what other drives I have collected thru the years. I have 190 Dale Earnhardt Jr. 1/24, 57 Dale Earnhardt 1/24's, 68 Kasey Kahne 1/24's, 21 Chase Elliott 1/24's, 100 Kyle Busch 1/24's, 135 Kevin Harvick 1/24's, 46 Martin Truex Jr 1/24's, 23 Brian Vickers 1/24's, 70 Tony Stewart 1/24's, and over 100 other assorted drivers diecasts with raced versions being the primary collecting choice. I still collect to this day. I am primarily collecting raced versions now. The primary drivers I collect are Jimmie Johnson and Chase Elliott. With Jeff Gordon and now Dale Earnhardt Jr, retiring I am cutting back on my collecting. I am also a big chevy supporter so now that Harvick switched to ford I am stopping collecting his paint schemes. I just want to say to everyone that collects or is thinking of collecting that Lionel racing diecasts are well worth the money. I plan to continue to purchase Lionel diecasts as the company's quality is comparable to none. 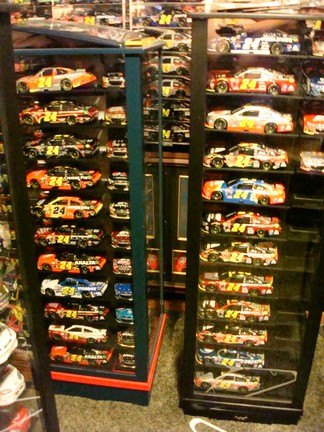 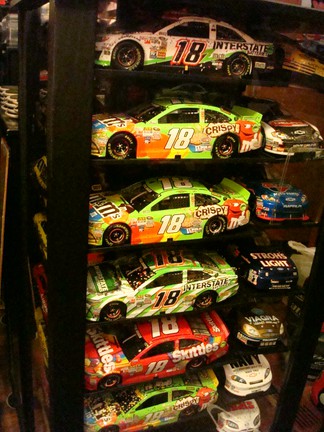 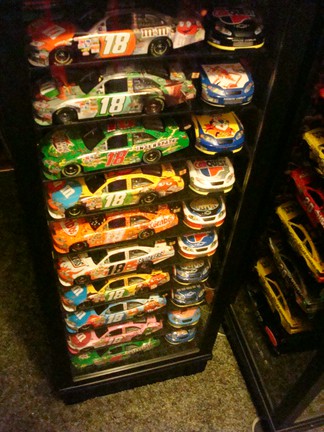 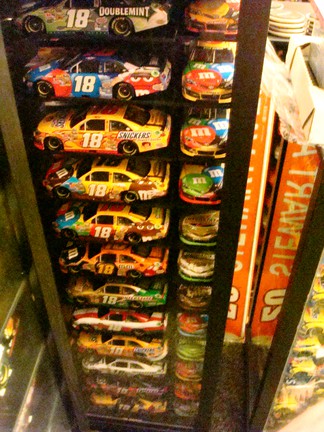 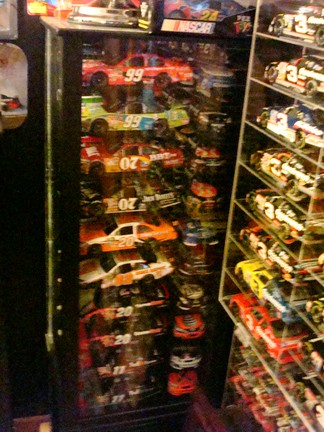 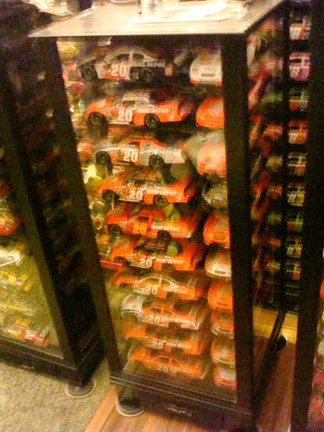 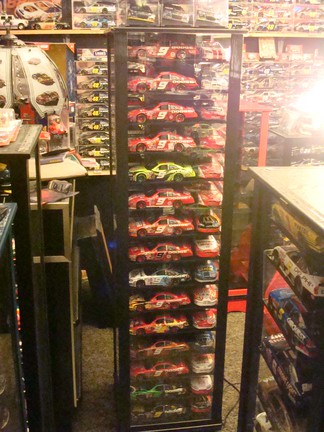 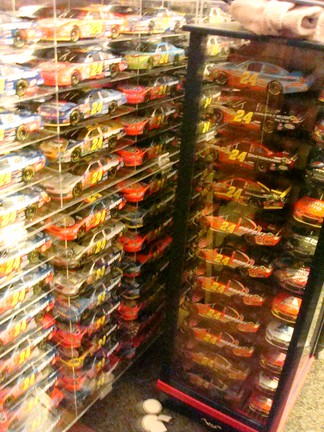 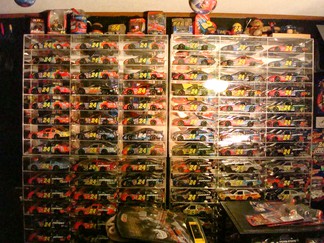 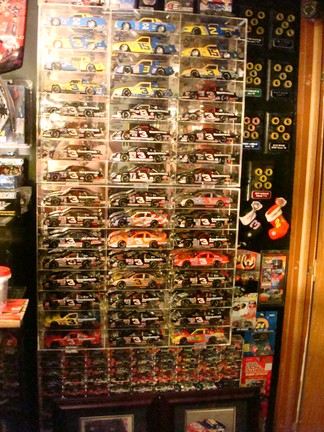 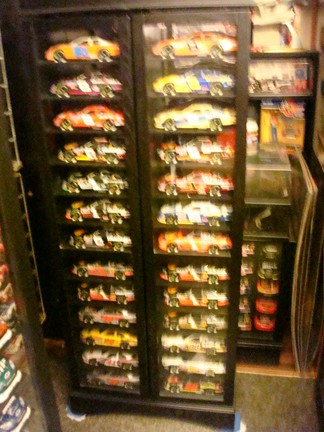 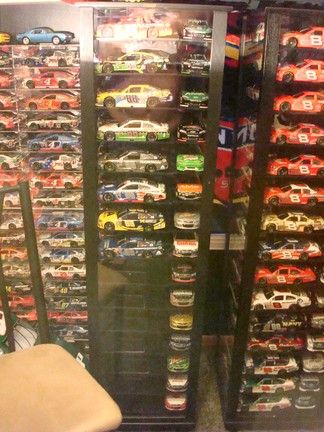 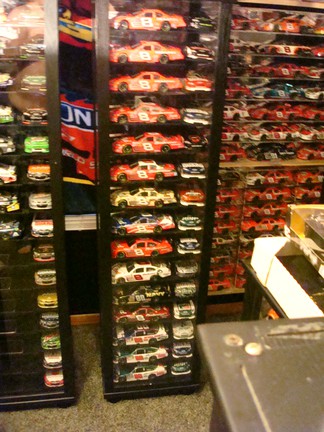 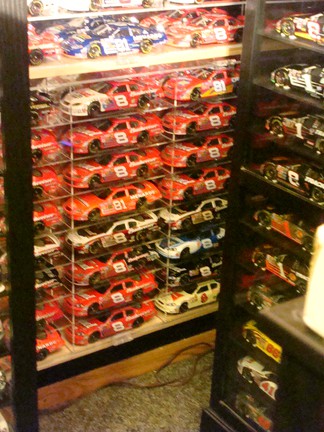 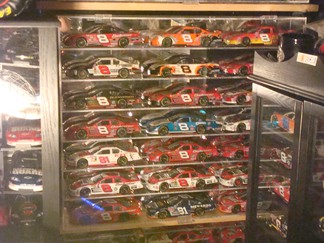 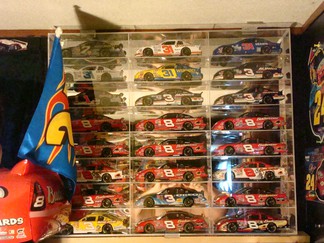 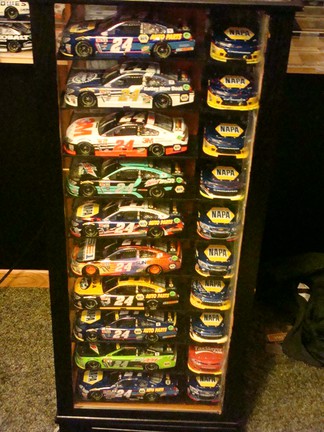 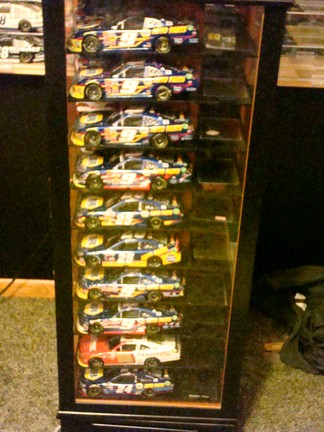 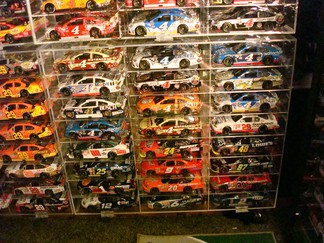 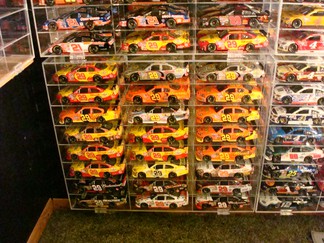 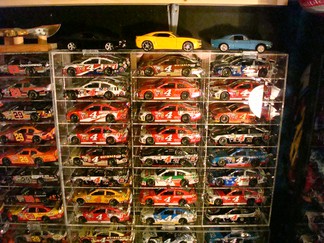 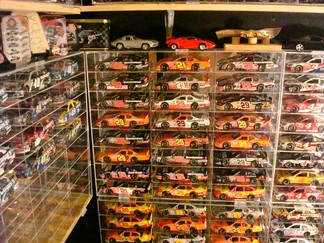 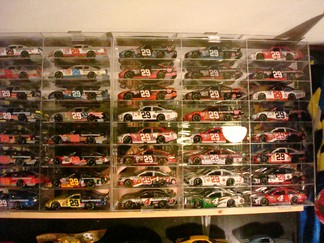 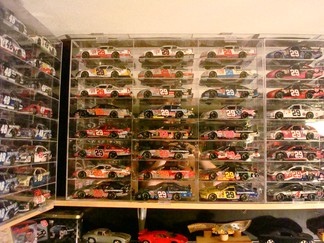 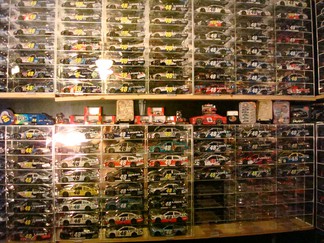 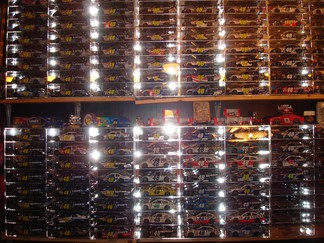